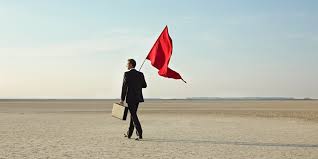 In previous Market Commentaries, we discussed how the threat of rising interest rates was responsible for the first stock-market swoon in February of this year. We suggested that interest rates had spiked largely in response to Fed policy normalization (interest-rate hikes and bond portfolio run-off) as well as the threat of higher inflation resulting from a tight labor market, stronger economic growth, the tax-cut legislation and the spending legislation. We also said investors had become fearful that inflationary pressures might cause the Fed to remove policy accommodation faster than expected, and this “monetary tightening” could cause problems for an economy and stock market highly dependent on low interest rates.

This week we received some data that helps quantify the Herculean task ahead for Treasury Secretary Steve Mnuchin as a result of an expected surge in federal budget deficits. A combination of rising entitlement spending, the tax cuts, the spending legislation, and portfolio reduction at the Fed is likely to cause a dramatic mismatch between the supply of and demand for US government debt. This mismatch will also put upward pressure on interest rates, further compounding the formidable challenge Mr. Mnuchin will face in funding the federal government. A newly released report from the non-partisan Congressional Budget Office (CBO) estimates that the Treasury will begin running $1 trillion-dollar deficits again as early as the year 2019. At the same time, the Social Security trust will no longer be a source of cash for the Treasury as beneficiary payouts to retiring baby boomers begin to exceed tax receipts.

As a result of these trends, the Treasury will be required to issue massive amounts of new debt in the coming years to cover the surging deficits, refinance maturing debt, and fund Social Security shortfalls. These issuances will dramatically increase the supply of Treasury debt hitting the marketplace. Again, compounding the supply pressures, we know that the Fed would like to reduce its $4 trillion+ bond portfolio as part of its “policy normalization.” At the very least, the Fed will no longer be a source of demand for Treasury debt. Meanwhile, it has been suggested that China could potentially retaliate to recent US trade actions by reducing its holdings and/or new purchases of US Treasury bonds. Where does it end? If Mnuchin isn’t nervous he should be.

Below we show the CBO’s projections in this week’s release as well as for the last release in July, 2017. You can see that federal budget deficits and debt are expected to be meaningfully higher now that the CBO has incorporated the effects of the tax cuts and spending legislation. And these aren’t exactly conservative forecasts. Debt held by the public does not include borrowings from the Social Security trust, for example. If we were to include those borrowings, the ratio of gross debt to GDP is expected to come in at 114% by the year 2028. In addition, the CBO assumes that current law reigns and is not amended.

A Bloomberg article entitled U.S. Deficit to Surpass $1 Trillion Two Years Ahead of Estimates, by Erik Wasson and Sarah McGregor, had this to say about the CBO’s confidence in their own projections: “The CBO baseline represents what it projects will happen if current law is allowed to remain in effect. CBO assumes that budget caps on annual appropriations, which Congress has raised regularly, remain in effect. Because of that, deficits are likely to be even larger than CBO is projecting.”

Source: The Congressional Budget Office
It doesn’t take a Harvard economist to understand that if the supply of US Treasury bonds is surging while the demand drops off, prices will decline and interest rates will rise. (Remember that bond prices and yields have an inverse relationship). Ironically, though, long-term interest rates have actually been trending lower in recent weeks even as the Fed continues to hike short-term rates. The spread between the yields on the 10-year and 2-year Treasury bonds has compressed to about 0.47% – very low compared to historical averages. Falling long-term bond yields and lower yield spreads can signal trouble ahead. Many times an inverted yield curve (a situation whereby short-term rates are higher than-long term rates) can sometimes foreshadow a looming recession. And falling long-term yields and lower spreads can be a sign that investors fear a policy mistake by the Fed. A policy mistake, in this scenario, means that the Fed may increase interest rates too fast for the economy to bear and push us into the next recession.
What do we glean from all this? Over the past several years we’ve encountered periods in which the bond market was sending one signal and the stock market was signaling another. Now, both markets seem to be telling us a similar story. The recent stock volatility and the drop in long-term bond yields could be telling us it’s time to take a close look at risk. Farr, Miller & Washington’s dogged investment discipline continues to guide portfolios. We carefully try to invest in a deliberate, opportunistic way with a focus on strong balance sheets, earnings growth, and modest levels of debt. We remain cautiously optimistic but are inclined to remain defensive.